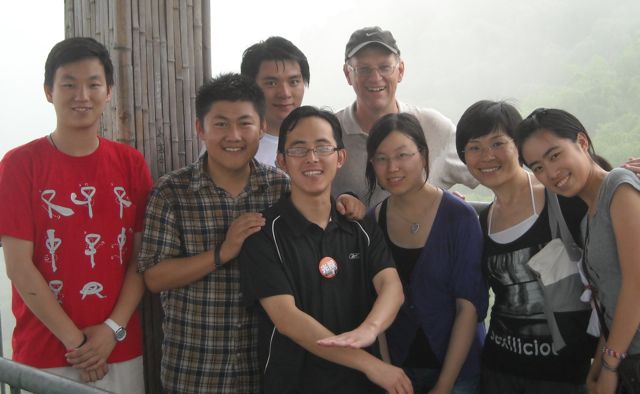 My daughter developed a passionate love for animals—especially dogs—very early on in life. In her enthusiasm for canine life she had occasionally opined that dogs—especially puppies—might be more valuable than humans, of which, she had heard, the earth was already seriously over-stocked. So one snowy night as we were driving along together I posed this ethical dilemma to her. Adapting an idea from Jean-Paul Sartre, I described a situation where suddenly our car could not stop on the ice, and we had swerve in one direction or the other. If we swerved left, we would kill a dog. If we swerved right, we would kill a little old lady on the sidewalk. And so I asked her: Which would you choose to kill?

I’ll never forget her very serious answer: “It would depend on whether or not I knew the lady.”

Quanxi (pronounced roughly Chewan-she) is a basic feature of social interaction in Chinese culture. It represents the strong inclination to allocate benefits, favors and opportunities (in business and other spheres) according to already-established personal relations of trust and affection. In other words, a stranger’s abilities or qualifications don’t matter as much as whether you know a friend and have been assured of their loyalty and trustworthiness. Most people detect the roots of this social practice in the ancient teachings of Confucius, and understand it as an important manifestation of that great Chinese teacher’s emphasis on social cohesion, relational loyalties and commitment to others.

There is an upside to quanxi and, as the executives and academics at the Shanghai conference explained, it is that business in China is never purely transactional. It is rooted in a strong relational framework that at its best endures over time and can produce deep commitments. Obviously anyone trying to succeed in the Chinese business context would be wise to cultivate relationships very intentionally. But there is, unfortunately, also a downside to quanxi, and it is that respect and fair play do not always extend beyond the rather parochial locus of one’s personal and family relationships.

It seems obvious that quanxi has something positive to offer a relationally challenged Western individualism and ruthless market competitiveness. We are, after all, relational creatures. Christianity certainly affirms the importance of loyalty to covenant commitments like marriage and one’s word of honor, and calls for us to take care of our families and neighbors.

But then we must ask: What about everyone else? Some of the top management theorists in China admitted that here there is a problem. In terms of my own personal response, I think we have to recognize that Christianity presents a two-tier system of moral obligation. We have our unique personal relational commitments (for example, one wife), but we still have a significant but different moral obligation to everyone else. This is because everyone else is also an image-bearer of God, and this gives such persons intrinsic worth. This is the basis for human rights, and it stands as real regardless of whether I have a relationship with them or not. Otherwise, those with whom we have no relationship are nothing to us. There is plenty of disturbing evidence of this attitude everywhere you look today.

Relationships are important, but by themselves they are an insufficient basis for proper moral responses to family members, friends and a world of strangers.