Walking Away from Church 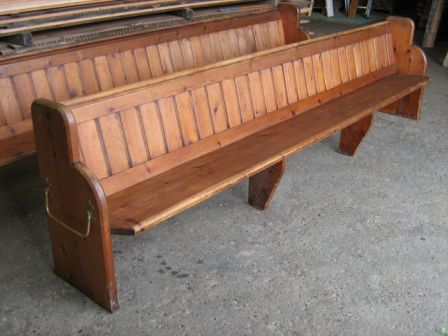 Americans don’t attend church like they used to. But that doesn’t exactly make the United States another mission field of unreached people. A striking recent discovery is that most unbelieving outsiders are actually old friends, yesterday’s worshipers, children who once prayed to Jesus. They walked away for a number of reasons, including this: the church from which they have walked away appears to be broken.

The number of faithful in the pews on any given week is in steady decline in United States, and has been since a brief post-World War II surge in religiosity. Not so long ago it was estimated that about forty percent of Americans found their way to church on a weekly basis. But then, instead of relying on self-reportage of church attendance habits, some researchers decided to measure actual attendance—that is, they collected hard data on pew occupancy. The result was that almost overnight church attendance estimates fell by about half—to less than twenty percent today. The number of people attending synagogues, mosques and worship centers of other religions is still relatively small; for the most part, this is the story of a significant decline in active participation in organized Christianity.

This has led some to label America post-Christian, and to envision the country as an emergent field for missionary endeavor—the new Cambodia or New Guinea, without the pith helmets, malaria pills and native carriers. Well, yes and no. A new book by Drew Dyck, entitled Generation Ex-Christian (2010), reveals that the majority of the unreligious in America are not an “unreached people group.” They are in fact ex-Christians, people who used to attend church but no longer do. These are the “leavers,” the “de-converts” among us.

The trend is especially pronounced among the young. According to a recent report in Christianity Today, “young Americans are dropping out of religion at an alarming rate of five to six times the historic rate.” On the basis of carefully combed demographic data, the Barna Research Group estimates that 80 percent of those reared in the church will be “disengaged” by the time they are 29. Barna president David Kinnaman says: “Imagine a group photo of all the students who come to your church . . . in a typical year. Take a big fat marker and cross out three out of every four faces. That’s the probable toll of spiritual disengagement as students navigate through their faith during the next two decades.”

Some of this can be attributed to normal human development. Adolescents need to differentiate themselves from their parents’ values; as they themselves mature, some will find their way back to faith. But this time the problem is much bigger and more serious; only a few are likely to trickle back to the fold.

So the really big question is: What is going on?

Author Drew Dyck offers a number of partial explanations. Some people make lifestyle choices that involve moral compromise, and then feel uncomfortable about participating in a religious community that denounces such behaviors and makes them feel guilty or unwelcome. Others conclude that Christianity, or at least the version to which they have been exposed, fails to measure up intellectually. This perception is only reinforced when church authority figures (like youth pastors, for example) squash or denounce doubters rather than provide then with credible answers. Still others have been hurt by Christians or disillusioned by some aspects of their experience of Christian community. Often, of course, the reason people drift away from church is a unique personal cocktail of all three of these explanations.

There is one additional explanation, which the aforementioned author does not mention, although it is implicit in his reflections. It is (and it is almost impossible to articulate this delicately) that many churches are barely worth attending. What goes on there, week after week, is neither informative, nor empowering nor inspiring. There are no glimmers of the transcendent, no beauty of the sacred, no way of seeing life with profound new eyes. Too often it is tawdry and banal and pandering. There are still many good and sincere Christians in America, but the sad, sobering reality is that overall the church in America is broken. Any hope for a viable future for the church must begin by candidly acknowledging that this is so. It’s not enough to blame those who aren’t showing up anymore.

8 Responses to Walking Away from Church